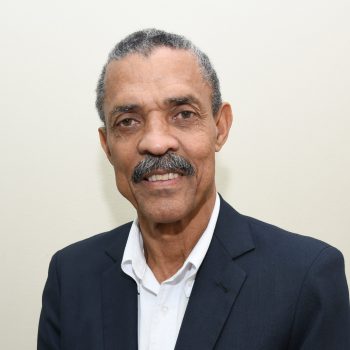 Lenworth Burke is a graduate of the University of the West Indies and the Norman Manley Law School,

and was called to the bar in 1980. He has specialized in commercial, corporate and real estate law, and has worked in the banking sector, government and private practice.

He was involved in the programme for the reform of the Jamaican banking and financial legislation in the early 1990-s, and in the enactment of the Municipalities Act, which allows for the direct election of mayors. He is an experienced corporate secretary, and has tutored company law at the Norman Manley Law School, and lectured general law and banking and finance law at the University of Technology.

Lenny has given service to the Jamaican Bar Association, the Jamaica Bankers Association, the Kiwanis and credit union movements, the Consie Walters Cancer Hospice and the Calabar Old Boys Association. He is a health and fitness enthusiast, a devotee of the arts, and a student of literature and creative writing. His short stories and poems have been published in a number of newspapers, magazines and anthologies.