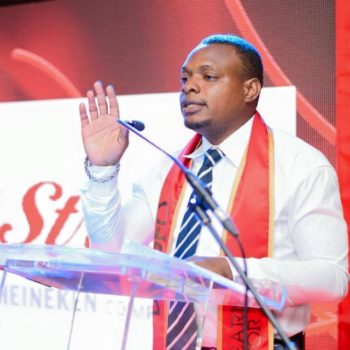 Ricardo Burke, better known as Mr. Volunteer, son of Janet Davidson and Wazbert Burke, founder and managing director of the Yutes4Change Foundation, dedicates his life to helping others. He is a high school dropout from the parish of St. Thomas who left his job as a contract worker in 2015, and now completely devotes his time to volunteerism. Under his leadership Yutes4change Foundation received the 2019 Prime Minister’s award in the category of Youth Development. Ricardo has served at the community level, as community mobilization officer for JAM Habitat for Humanities, under its COMET II BRACE project between 2015-2017. He was also a healthy housing ambassador for the same project in the Gregory Park community. He has volunteered or done outreach projects right across Jamaica.

He led a few marches denouncing violence against women and children in 2015. He constantly, through forums and social media, demands good leadership.  After mastering the craft of volunteerism and giving back, Ricardo is still a humble youth, with the aim of seeing everyone having equal opportunities, regardless of their circumstances.

“I am not driven by positions; all I want to do is serve the underserved people of this nation; having equal opportunity and for giving back becomes a way of life and not choice”