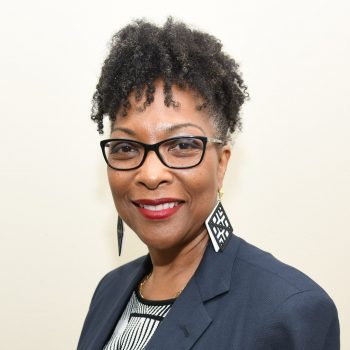 On the subject of economic development and the role of micro, small and medium sized enterprises (MSMEs) there are few you’ll find more passionate than Professor Rosalea Hamilton. And if there is one thing you should know for sure about UTech’s Vice President of Community Service & Development, Professor in the UTech/Scotiabank Chair in Entrepreneurship and Development, and immediate past President of The MSME Alliance, it’s that her commitment to advancing the capacity of MSMEs to further economic development is unwavering. Not surprising, since having been nurtured in a small family-owned enterprise, being an entrepreneur herself and holding advanced degrees in Economics and Law, could qualify Professor Hamilton as the expert she’s often acclaimed to be.

Professor Hamilton set out on her vocation in 1976 when she moved to England for undergraduate studies in Social Science, specializing in Psychology, at Middlesex University in England. For the next two decades until 1996, Professor Hamilton engaged in a period of academic pursuits, obtaining a Masters in International Affairs at Columbia University, a Ph.D. in Economics at the New School for Social Research in New York and then an LLB degree in law at the University of London (External Division). During this period, she also taught extensively at the graduate and undergraduate levels in the USA at Tuskegee University in Alabama, City University (John Jay College) in New York and Nova Southeastern University in Florida.

In 1996, Professor Hamilton returned to Jamaica to work in her father’s furniture/construction/real estate business while pursuing the Certificate in Legal Education at the Norman Manley Law School. She also lectured at Nova Southeastern University and later at Northern Caribbean University and the University of West Indies, Mona in the areas of Entrepreneurship, Law, Managerial Economics and International Trade.

In 1998, Professor Hamilton established the Institute of Law & Economics (ILE) and provided invaluable leadership in her capacity as President and CEO. In April 2007, she forged a collaborative relationship between ILE and UTech in offering law and related courses and in establishing the Faculty of Law at UTech. She now serves as a Director of ILE.

Well-known as an international trade expert, Professor Hamilton has been at the forefront of public education on trade matters. She has hosted the radio programme “TradeTalk” from 2003-2008 and has made numerous presentations on global trade issues in Jamaica, the Caribbean and throughout the world, including at the 2007 WTO Annual Public Forum in Geneva. Between July 2006-September 2007, Professor Hamilton was Chief Advisor to the Prime Minister.

Professor Hamilton has actively sought to empower the small business sector in her capacity as Vice President of the Jamaica Wood Products and Furniture Association (JaWFA) (2002-2007) and as Director (co-opted) of the Small Business Association of the Jamaica (2003-2004). In 2003 she started discussions with business organizations representing micro, small and medium-sized enterprises (MSMEs), including the SBAJ, that eventually led to the formation of The MSME Alliance. In October 2007 she was elected the 1st President of The MSME Alliance, a position she held until May 2013 when she demitted office.

In January 2008, Professor Hamilton was awarded the professorship in the Scotiabank Chair in Entrepreneurship & Development and was appointed Vice President, Development at UTech, currently VP Community Service & Development. Through a Scotiabank Enterprise-wide Risk Management and Financing (SERMaF) Programme for SMEs, Prof. Hamilton is currently championing the development of a business and credit risk rating for SMEs in an effort to improve the entrepreneurial capacity of SMEs and improve their access to financing.

Professor Hamilton’s activities and research in the fields of entrepreneurship, law and economic development has become her “big life mission” and certainly for the years to come there will probably be no one you’ll hear speak more loudly, look more closely and work more arduously on the issues related to entrepreneurship and development.