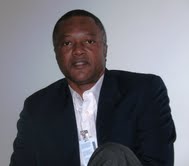 Danny Roberts, CD, JP is the Head of the Hugh Lawson Shearer Trade Union Education Institute at the Consortium for Social Development and Research at the Open Campus of the

University of the West Indies, Mona. An ACP-EEC scholar, Mr. Roberts is a graduate of the University of the West Indies with a BA Honours in Communications with Social Sciences and a Master of Philosophy (MPhil) in government. He was the recipient of Jamaica’s fourth highest National Honours in 2009, the Commander of the Order of Distinction (CD), for his contribution to the trade union movement.

Mr. Roberts has authored a number of book chapters and has written and presented dozens of papers on industrial relations, trade unionism, labour market issues and aspects of labour studies at workshops, conferences and seminars locally and regionally.

He is a co-host of News Talk 93 morning radio programme, “Jamaica Speaks”, a member of the Minimum Wage Advisory Commission, the Labour Advisory Committee, National Council on Education, a Council member of the tripartite Partnership for Transformation and an adjudicator at the Jamaica Festival Queen Competition.

Mr. Roberts is married with two daughters – Sherice and Sasha-Kay.